Rooting your Android device is a great way to customize the operating system, but it’s also one of the most difficult things to do. Once you’ve rooted your phone, though, there are tons of apps that can make your life easier—and even more fun! Here are some of our favorites:

The rooted Android phone has many advantages because when you root an Android smartphone, it permits you to act as the administrator of the Android phone. But, how can you take over the good control of your rooted device?

It’s normal that those who root their phones want to use a custom ROM and perform several system mods. The problem is that it can be somewhat hard to get organized with so many different files and updates.

FlashFire is meant to make this job much easier. Not only does it let you flash your device, you can also delete several system files, find firmware files directly through the app, and even backup whatever you need. You can download it by following this link.

When you root your smartphone, you can have access to everything in the device, which can present huge possibilities, as well as risks. As they say, With great power comes great responsibility. One of the biggest risks is to end up deleting an important file by accident, which an corrupt the system and it is hard to come back from.

Undeleter is an app that lets you recover an sort of deleted file, as well as offering the possibility of deleting a file forever, without any chance for recovery. The app is entirely free and you can download it on the Play Store!

These improvements can be noticed on the phone’s speakers, on earphones, and even on special docks with audio output.

Greenify is one of the most well-known apps for those who’ve ever rooted their phone, particularly due to its battery optimization features. The app lets you place other apps under hibernation if they’re using too much background battery.

It resembles a lot Doze, from Android Marshmallow, but it is entirely customizable and lets you choose which apps should be hibernated and which ones shouldn’t. You can download it by following this link!

Something is for sure, if you’ve rooted your phone, it’s more than necessary to back everything up to protect your data and files from possible problems. For that, Titanium Backup is one of the best apps you could find and it even lets you easily transfer files from Android to PC.

In fact, it is well-known for its quality, and it is very popular among users with rooted phones. The app basically lets you backup everything on your phone, including all system files. You can download it by following this link. 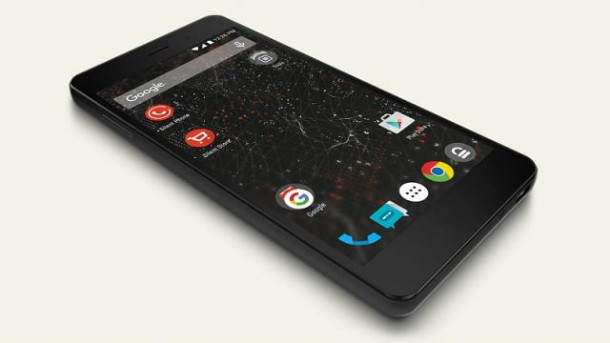 WiFi Key Recover is an app that lets you see the WiFi passwords your phone has ever used, much  like what wee talked about on how to see saved WiFi passwords in Windows. The app itself is very simple and all it does is to show the network names and passwords that you’ve ever used.

This can prove very useful if you need to share a password with someone and you can’t recall it, for instance, making it one of the best apps for rooted Android. You can download this app by following this link.

GravityBox is a much more advanced option than the apps we’ve shown so far, so we really recommend you only use it if you know what you are doing. Using it, you can customize many different modules on your phone, and as such you can change almost everything on your Android.

You can change the interface, the lockscreen, the shortcuts, the phone’s launcher, and even the way some of the apps work. To download GravityBox, follow this link.

Tasker is another very popular app among users with rooted phones, and it is one of the best apps to automate almost anything. It does work even on non-rooted phones, but its most advanced features can only be used if you’ve rooted yours.

You can use it to automate apps, system settings, certain activities, and all else you can imagine. A good example is that you can automate the use of a music app whenever earbuds are connected. Cool, right? Then just download it on the official website!

When you root your phone, it becomes possible to change the animation that appears when you boot it up, something typically done manually. However, not everyone has the patience (or the knowledge) to do this without causing system problems.

To do it risk-free, you can use the app Boot Animations, that lets you choose an already existing animation or create a new one using a GIF file, and as such it is one of the apps for rooted Android for customization. You can download this app by following this link.

CF.Lumen is nothing more than an app that adds the night mode feature to your Android device. It lets you set up filters for different periods of your day and night, and it is highly customizable. To download it, follow this link!

Finally, we have DriveDroid, with a more specific kind of use: it lets you turn your phone into basically a Flash Drive! It lets you boot your PC from an ISO image stored on the device, for instance.

The app works amazingly well on Windows as well as on Linux, so you’ll find no issues when using it on your daily life. The app can be downloaded for free by following this link, but if you prefer the premium version, follow this one!

MacroDroid provides an advanced set of automation features but focuses heavily on usability with a simple, easy-to-use UI and logical step-by-step process. The app also comes with a plugin store, where you can find other apps that are compatible with MacroDroid so that you can further expand functionality.

Tasker is perhaps the most popular automation app for Android and for good reason. The app allows you to create profiles that automatically trigger based on certain conditions to execute tasks. Tasker also offers a wide variety of plugins. With root access, you can automate pretty much anything you can imagine.

Backing up data and restoring it on Android can be a painful exercise. Having root will make it a whole lot easier, thanks to these apps.

Just like other backup apps, Migrate backs up your app data, APK files, permissions, call logs, messages, and more. What makes it unique is that it restores them all painlessly as a TWRP backup during the ROM installation process.

Neo Backup (formerly OAndBackupX) is an open source backup app for Android that allows you to backup individual apps and their data. Both individual and batch backup/restore are supported. You can opt for encrypted backup as well.

Experienced modders often need to create or restore low level partition backup. If you don’t want to use CLI tools like dd to do such operations, you can opt for the Partitions Backup & Restore app.

Swift Backup can back up your APKs, your texts, your call logs, and applied wallpapers without root. However, with root access, it can backup and restore special app data like permissions, battery optimization, Magisk Hide state of the app, and more. Some of the root-only features can be accessed with Shizuku as well.

LiveBoot is a unique boot animation application that shows you the output of both logcat and dmesg while the device is booting up. Not only do modders see it as a better boot animation than the OEM logo, but it can also be useful as it can show you errors from these logs as they happen.

AdAway is a free and open-source ad blocker that uses the hosts file to block ad-serving hostnames. What it essentially does is keep an updated list of ad serving networks and redirects them to the localhost (i.e. your own phone), so these requests go nowhere, and no ads can be served. The app has a non-root mode as well, but it works best with root.

AFWall+, short for “Android Firewall Plus,” is a graphical front-end for the iptables Linux firewall. It provides fine-grained control over which Android apps are allowed to access the network. You can also control traffic flow within LAN or while connected through a VPN using this app.

Aurora Store is a popular open-source client of the Google Play Store, allowing users to search, download, and update Android apps and games on any device without depending on GApps, MicroG, or Google services of any kind. With root access, it can automatically install and update apps in the background as soon as they are downloaded.

If you’ve ever felt like some applications abuse your battery by constantly running in the background or waking up your device from a deep sleep state, then you need to try BetterBatteryStats. You can configure this app to track those wakelocks and keep an eye on everything.

Shizuku is a nifty tool that enables regular apps to directly call system APIs with ADB/root privileges. It can be used in a non-root environment as well, but there are a number of incompatibilities with different OEM skins, hence the root mode is preferable.

Termux is a feature-rich terminal emulation software for your Android device that doubles as a GNU/Linux environment. It comes with a versatile collection of Linux application packages, some of which are tailor-made for root users. Keep in mind that the Google Play variant of Termux is long-deprecated, so always grab the latest build from its GitHub repo or F-Droid.